Say No to Church in a Can!

Canned bread. Bread in a can…

I did not believe that such a thing as a canned bread existed until someone showed it to me in their cupboard. Apparently, B&M – a Portland, Maine, based company – manufactures and cans this stuff. There are plenty of people here in New England who love it. They eat it in all kinds of crazy ways. This is nuts. When you realize that one can (a normal sized retail can) is a full pound of bread, then it follows that it must have a density somewhere close to that of pure lead.

Eating bread out of a can ranks pretty high on my list of things I do not understand and will not do.

Don’t get me wrong. There are some things that are good out of a can. If I have to, I will eat canned vegetables; and I have been known to dive into a bowl of Spaghetti-O’s or Chef Boyardee from time to time, as long as I have some spices around to cut through the syrupy red goo they call tomato sauce. There’s nothing wrong with canning things, I suppose. But canning bread just seems weird to me.

After all, bread is a pretty straightforward foodstuff. Flour, yeast, a little patience and a hot oven. It is not rocket science. So, why can bread? Who came up with this idea? I wish I knew.

But, it isn’t really canned bread that I want to focus on today.

Recently, someone I heard about someone who is playing in the “worship band” at their church. The church receives a recorded track of a particular song or set of songs, and the tracks include all of the instrument parts. Each musician receives the recorded part and is expected to practice their part alone before coming together and playing as a band. If the person does not master his/her part, then their instrument is turned off during the worship “experience” and the track is played. 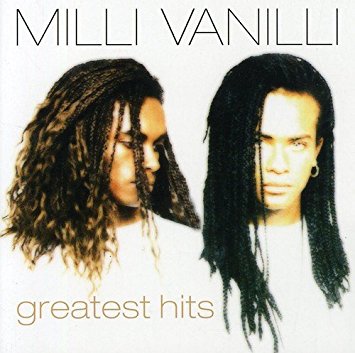 I thought that surely this was an anomaly, and churches do not do this as a matter of course. Then, I recalled observing a worship band play at a large church in our region and noting that nothing coming out of the speakers matched the movement of the guitar players. When I heard about this, I started digging.

What I discovered is that there is indeed an industry built around churches using tracks “to achieve that full-polished sound that you hear on most recordings and live performances.” Don’t have a musician who can play that one fancy part in the CD that you like so much? No problem – just buy the track and play it along with your live players. No drummer? No problem. Guitarist can’t play those solos? No worries. Just drop $35 and you can get every track of that recording; or pay a subscription and get that mix for rehearsals. The only thing they don’t provide is the vocals.

I probably should not be bothered by this. I grew up in a church where “soloists” sang to recorded tracks all the time. It is not like it takes a great deal of creativity to bang out the four-part music published in hymn books or to mumble through the latest three-chord worship song that substitutes “sincere” repetition for practice and discipline. Professional performers use recorded drum tracks and things like in small venues. So, is this any different than those things?

And that’s the problem with all of them.

I still remember the day when I informed our music team that we would no longer use recorded tracks in worship. My wife was one of those who wondered how we could possibly sing without these professionaly produced backing recordings. Thankfully, she stuck with me; and has discovered the true joy of the organic, unfinished work of playing live every Sunday.

Here is the issue. When church comes from a can, it is a homogenized product. It ceases to flow from the character of the people and the power of the moment. It no longer rides up and down with the community that has gathered to worship. Recorded music must, by its nature, be bound to another time and a different context.

And reproducing that recorded song exactly is no more filled with the vibrance of the moment than just playing with the recording. There is no feel, not connection, no novelty to the moment.

Did I say “novelty”? Yes, I did. When the psalmist sings about his “new song” (Ps 33, 40, 96,  98, 144, 149), he is not talking about new content or even a new chord he learned lately. He is addressing the reality that every gathering of God’s people is unique and new. The Church is a living organism, a community of the Spirit. Every moment of our worship is new; and it will never happen again.

That does not mean we shouldn’t practice or become proficient; but it does mean that we should not marry ourselves to any form of worship that is a “product” to be used rather than as a platform which can flex as needed.

Where is the opportunity for the Church to express itself? Where is the room for the congregation to join in? Why do we have to consume something already produced instead of engaging with something being created at this moment? Which is more in harmony with the nature and character of God?

I can’t judge the motives of those who go for the canned church thing. I’m sure they have their own reasons. For me, I don’t want church in a can. It might require a lot less of us than having to bake it new every time; but anything from a can lacks character and vibrance.