In 1965, Hal Moore (Lt. Gen. US Army, retired) led the 7th Cavalry Regiment of the 1st Airmobile Cavalry Division into the Ia Drang Valley in the highlands of Vietnam. Over three days and nights, his troopers fought a rolling battle against overwhelming odds. The Battle of the Ia Drang Valley was the first battle between US and North Vietnamese forces, with both sides taking heavy casualties.

After the battle, Moore continued his tour in Vietnam and served with distinction until his retirement in 1977. In his retirement, Moore had plenty of time for reflection, which in turn led to his partnership with Joe Galloway in writing We Were Soldier Once…And Young in 1992. This was adapted into an excellent film released in 2002 and starring Mel Gibson.

The year after the book was published (1993), Moore traveled back to Vietnam. There he met Nguyen Huu An, who had been the commander of the opposing forces during the battle. According to Moore, when the two met at the site of the battle, they embraced. An (himself a retired general now) kissed Moore on both cheeks. They exchanged gifts, Moore giving An his wristwatch; and An presenting his cherished helmet to Moore. After An died in 1995, Moore visited his family’s home in Hanoi, and there saw the wristwatch displayed in a case in the family shrine. Moore keeps An’s helmet on display in his den next to his own.

What makes men enemies? Why do men die in battle with one another? And how can we find peace after conflict?

These are questions I cannot pretend to have the answers to; and in a time when fearmongering and enemy-making seems to be the order of the day in our American political arena, I cannot help but wonder just how dark the road is that we are wandering down as a people. It seems as if there are many who are looking for enemies, finding them wherever they can so they can blame them for their misfortunes. This is true of the socialists blaming big business and government corruption as much as the rabid right-wing extremists blaming immigrants and Muslims. Everyone wants to put the blame on someone.

It is easy to make enemies; and once we have enemies, it is easy to threaten and attack them. That is the path of least resistance, because there is always a reason people who are “not like me” are threatening “how it should be.” What is hard in human experience is to look at your enemy and see a person instead – someone with a family, with priorities and values.

Is there evil in the world? Always.

Are there evil people in the world? Undoubtedly.

With that said, do we really need to make more enemies when there is plenty of evil to go around?

Jesus once said, “Sufficient for the day is its own trouble.” (Mt 6:34) In other words, there are enough problems with the world without us manufacturing more. We don’t need to make enemies. The enemies of grace and peace will show themselves as such.

My prayer is that more Americans will take their cues from guys like Hal Moore. When called upon, he did his duty; but at all costs, he devoted his life to finding peace and trusting his fellow man. It is a paradox, I know.

“Blessed are the peacemakers, for they shall be called sons of God.” (Mt 5:9) 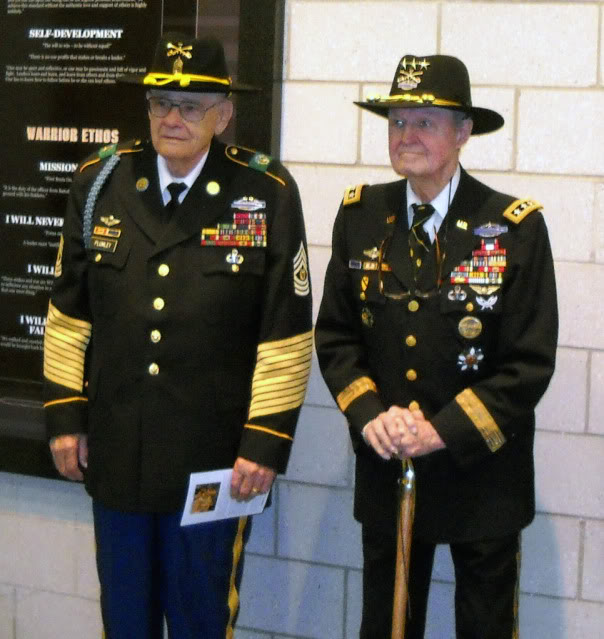