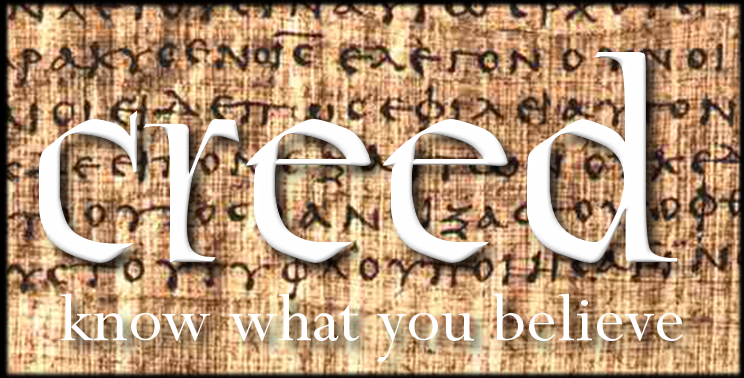 The divine nature – there is perhaps no single issue that has caused more debate, separation, confusion, schism and frustration. The issue is so divisive that as soon as the Council of Nicaea formulated what is classically understood to be the “Trinity”, Constantine the Great led his armies to destroy a community of people who disagreed. Name an ancient and/or medieval heresy and I guarantee they were considered heretics because of their view of the divine nature.

While orthodox Christianity is firmly monotheistic (there is one and only God), we hold that there are three persons who are all God and yet all distinct. This creates a paradox of – well, heavenly proportions.

Where does something so weird, something so irrational come from and why on earth would someone want to believe it when there are much simpler monotheisms (i.e. Judaism and Islam) out there?

The reality is that the divine nature is one of those things you cannot escape in reading the Scriptures. The three members of the divine nature – the Father, the Son and the Spirit – are all credited with the same divine acts in Scripture. These divine acts – particularly, the creation of the world, the resurrection of Jesus and the salvation of mankind – are not cooperative but rather the acts of the ONE God. At the same time, these three do some things separately, without the work of the other members of the divine nature. How does THAT work?

With all that being said, here is our article on the divine nature:

As these three – God the Father, Jesus, and the Spirit – are credited with the same divine activities and are still revealed as distinct persons; we believe they exist in a divine community [classically called the Trinity] that transcends our understanding.  We affirm that they are one in essence but three in person. [Matthew 3:13-17, 28:18-20; 1 Corinthians 2:13; 2 Timothy 3:16-17; 2 Peter 1:16-21]