There is something about institutions that Westerners in general and Americans in specific find comforting. While simultaneously bemoaning the death of the intimacy and connection of the Mom and Pop stores on Main Street, Americans overwhelmingly shop at big box stores and in online stores like Amazon because they offer both convenience and value. The big… Read More » 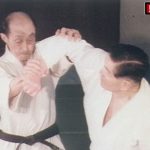 Although aikido was founded by Morihei Ueshiba before World War II, it has been refined and developed by a number of his students into various styles. The style I practice is called Tomiki Aikido after one of Ueshiba’s pre-war students, Kenji Tomiki. Tomiki Sensei studied judo under its founder Jigoro Kano before studying with Ueshiba, and after… Read More » 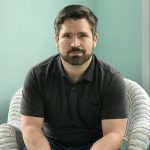 At the beginning of every training session, most budoka will have a time of silence known as mokusou (黙想). The purpose of this silence varies from dojo to dojo, but at its heart mokusou is about silencing the distractions and thoughts that crowd our minds and keep us from making good decisions. Most of what is asked… Read More »

It has been over a year since I posted to this blog, and my posts were getting sporadic even then. There are very good reasons for this. In addition to pastoring Bedford Road Baptist Church, I was also working full-time (12-15 credit hours per semester) on my Master of Divinity in Church History. Originally, I had… Read More »

(I came across this post while looking for something else. I wrote this in 2007, and I was probably giving “The Word” a fresh listen while getting ready to teach on Ezekiel. Although a lot has changed about me since the days when I wrote it, this still resonated with me.) Reluctant ride in the… Read More »

Herod negotiated the complex relationship of the various Jewish groups, his Roman masters and the nations surrounding him with cunning, if not with ease. Herod’s cities and Temple complex attempted to bridge the gaps among these various groups, but there were simply too many moving parts and fissures appeared, especially among the rural Jews of… Read More »

Herod had seen the greatness of Rome. His sons were educated in Caesar’s household. His kingdom had a substantial, urban Gentile population which formed a substantial power block. Early in his reign, Herod even minted coins with Roman helmets on them, showing his reliance on (or at the very least, admiration of) the Roman system.… Read More »

Thanks to his partnership with Augustus Caesar, Herod became enormously wealthy. If Josephus is to believed, Herod’s wealth was truly staggering, and he put it to good use. In the broader world, he sponsored numerous buildings and improvements, and in one year even sponsored (and hosted) the Olympic Games at one of his new cities.… Read More »

Rome’s influence over the Levant began in 63 BCE when the general Pompey intervened in a feud between two factions of Hasmonean kingdom. Pompey took Jerusalem, installed one of the leaders, Hyrcanus as ethnarch and appointed one of his allies, Antipater of Idumea, as epitropos or “regent” to oversee affairs. Antipater saw the region through… Read More »